A Word that Out-Distances All Our Speech

The character of the Traveling Man in the Praying the Hours project is crossing over from this life into the next, and he carries in 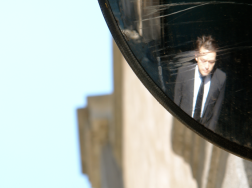 his pocket a copy of Rainer Maria Rilke’s book of poetry on the divine hours. This is a nod to Dante being guided through the Inferno by the Roman poet Virgil, and our statement that something other than logic is necessary to navigate the space between the worlds of the seen and the unseen.

In this life, and in the next, our crucial journeys require an eternal word too deep for common speech. In my faith, God created the earth and those of us who walk on it by speaking just such a word of mystery. Later, God embodied that Word to become human.

Traveling Man is “summoned” by the Hours as they appear by his hospital bed, and in the 24-hour period it takes him to die, he observes their lives from the perspective of eternity. A seri 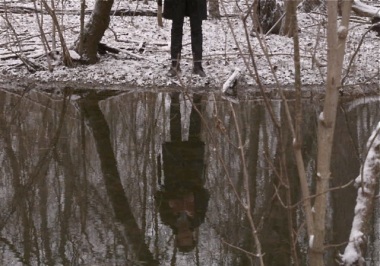 es of epiphanies guides him through the day of his crossing over, and leaves his friends also subtly changed.

In at least one of the segments of our project, “Compline, the Story of the Reluctant Teacher,” the Traveling Man reads one of Rilke’s poems aloud to the character of Compline—a decision we made in the moment of shooting. We chose a poem that had been translated from the German by DP Martina Nagel for the compline chapter of the book Praying the Hours in Ordinary Life. As Chris Min read, we were all moved by the eerie symmetry between the poem’s imagery and the imagery we were shooting:

I live my life in ever-increasing circles
That stretch across all things.
I may not manage to complete the final circle
still I must attempt it.
I revolve around God, the tower of old,
And I spin amidst thousands of years.
Yet I remain unclear of my role—
am I a falcon,
a storm,
or a beautiful song? 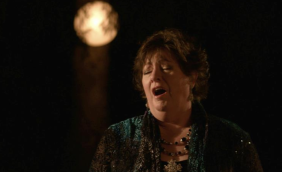 Friend of the production Denise Klitsie quotes Walter Brueggemann on the mystery of experience and poetry illuminating each other. He says, in fact, that the work of prayer, “consists in the imaginative use of language to give extremities their full due and to force new awareness and new configurations of reality by the boldness of speech. All this is to submit to the Holy One in order that we may be addressed by a Word that out-distances all our speech.”

This entry was posted on February 21, 2012 by lauraleefarrer. It was filed under Production .